It’s great having your daughter home from college after her first year. I love making coffee for Lauren in the morning before she goes off to her summer job. I like seeing her room untidy. I don’t even want to make her bed because it’s a sign to me that she’s home.

I especially love Lauren coming home for lunch. All year long I had looked forward to having more philosophical and theological discussions with her upon her return. After all, she is going to Thomas Aquinas College, a school known for its vibrant orthodoxy and its Great Books curriculum. But I find what is most likely to animate her, at least with me, is a discussion about dieting or shopping. I don’t care. I just love talking to her face-to-face. 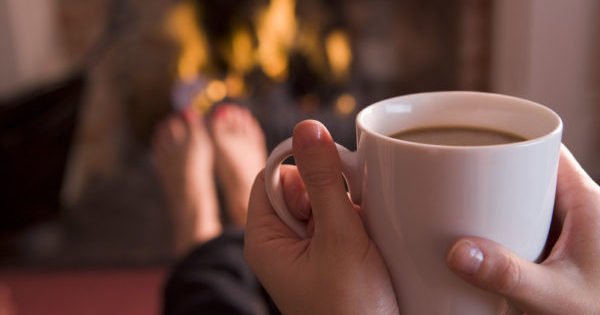 Yet she is gone a lot, too. I think if she didn’t have to work, she would be gone all summer visiting friends and going places and shopping. She’s already been river rafting on the Kaweah right before they shut it down for being too dangerous. Kids have no sense of moderation and Lauren tends to wear herself out.

We do have breakfast and lunch together, but, rarely, dinner. The other night she said that she was going to run out to the mall to buy grad gifts for her friends and then go to karate. I thought to myself, “She’ll end up buying for herself.” She usually has to go shopping three times for her friends before she actually gets them something.

About 20 minutes later, I had just sat down to dinner with my son when the phone rang.

“Mom, can you come down to the mall right now?”

“You’re having a fashion emergency aren’t you?”

“Ross has some amazing clothes in.”

“Mom, they have a Tommy Hilferger dress for twenty dollars, and I’m going to buy it no matter what.”

“Let me finish dinner and I’ll be right down.”

When I arrived at the store, I found her with an armload of clothes.

As I grabbed a cart and she loaded it up, she displayed items she selected for me. I thought, “Well, this is new. She’s showing some thoughtfulness, at least. And I kind of liked the idea of my own personal shopper.

And so we shopped. An ancient mother-daughter ritual.

I think my relationship with my daughter is good. But I still wonder what it will be like when she is completely grown. Not too long ago she approached me saying, “Mom, I’ve got to talk with you.” I panicked that she was going to tell me some wretched thing I did to her when she was a little girl. It turned out to be completely innocuous. But it’s amazing the fear one can have of one’s own grown children.

I have seen so many strained mother-daughter adult relationships, and although I have done what I thought I could to ensure a good relationship with my own children, you just never know. Not really. Perhaps I’m a little insecure as my own mother died when I was 18. So I just don’t know what to expect.

It is strange seeing your children grow up — these creatures who depended on you for everything for so long. They come and they go, pretty much as they please. Lauren does ask my permission to do things, but I sense it’s more of a courtesy than a genuine request.

She went to the beach with her friends last weekend. Before they went, I sat them down and lectured them about shark attacks.

“There is something wrong with their food supply. They’re coming in to feed on people.” I watched their eyes get big. Lauren rolled hers. I described how they are even attacking in knee-deep water.

While they were at the beach, my sister sent me video clips of shark attacks over the Internet. My sister and I are two peas in a pod. When they came back, I found out that the girls didn’t go into the water at all. Yes! The boy admitted that he went into the water, but that I did have him looking around.

Later, I felt guilty when visiting with these kids over the weekend in Three Rivers. Their mom doesn’t want them afraid of the joys of the ocean. We walked into a field to gather apricots and the mom told us to be careful of rattlesnakes. As I walked through the field, I realized that I was more in danger of getting bitten by a rattlesnake than my daughter and her friends were of getting bitten by a shark.

I will risk rattlesnakes for a few apricots, but I don’t want my kids going into the water for fear of sharks.

Still, it’s worse to be eaten than bitten. And you can take that from a concerned, bona fide Mom whose job is to worry about her kids ’til the day she dies.