A couple of weeks ago, I wrote an article about celebrating St. Nicholas’s feast day, and I received a lot of mail about whether or not to teach your children about Santa. One reader was particularly distressed as it is causing a conflict with her extended family. 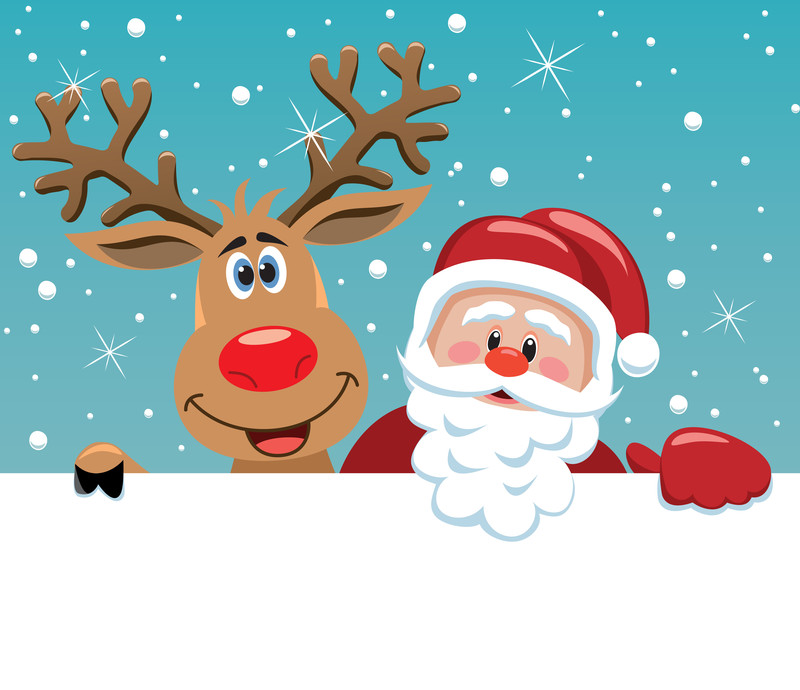 To find out what the experts think, I searched the online posts in the Faith Q&A Forum at EWTN.com. Posts on the topic from the past few years were very illuminating. Many people wrote that teaching kids about Santa is lying. But not one of the priests, theologians, and other experts called teaching about Santa lying. Most felt it was a harmless fantasy. However, they all did caution parents to de-emphasize the commercial aspects of the secular Santa and to teach children about the true St. Nicholas.

I suppose that’s how I learned about Santa when I was little. I learned from my parents and the world about the North Pole, Santa Claus, and the nuns at school told me about the real St. Nicholas. I have distinct memories of trying to connect the two and it was a profound disconnect. Rather than question the problem further, I simply set the santological problem aside for another day.

So when my own children came along I did consider teaching them about both St. Nicks. But since my catechetical style stresses clarity and understanding, even for little ones, I decided that, in my family, there could only be one St. Nick and he was the real McCoy.

A Good Case Either Way

There were other reasons as well. I never could get around the idea that I would be lying to my kids. Now maybe there’s a jesuitical way to make it not a lie, but I never could figure it out. In fact, on the EWTN forum one of the priests suggested using “mental reservation” (a legitimate method of expressing oneself so as not to lie while also concealing certain information). But with due respect to the good father, I am under the impression that mental reservation should be used for serious purposes. On the other hand, I am probably being scrupulous as I am sure I have used mental reservation for less-than-serious purposes, say for a surprise party. So it is probably OK to do the same for Santa. Certainly, the Church has never said telling your children about Santa is a lie or a sin.

Another reason for not teaching my kids about the North Pole Santa is that I have a social justice issue with him. When I was growing up, I couldn’t help but notice that Santa was more generous with the rich kids. Also, we were too poor to have a fireplace. How was Santa supposed to get in? Anyway, I know I wasn’t disappointed when I realized Santa wasn’t real as I had already figured it out, and, if he was real, he was terribly unfair to poor children.

Yet another reason is that some kids take it pretty hard when they learn there isn’t a Santa. And I really hate to be the cause of a child’s pain.

One anonymous writer on the EWTN forum wrote movingly about the problem it caused for her. She spoke of her “own childhood disappointments about Santa not being real.” Now her own son had learned Santa wasn’t real, and although at first he laughed about it, now he finds no joy in Christmas.

I have heard many stories of kids crying when they find out there’s no Santa. I don’t hear the same about the Tooth Fairy or the Easter Bunny. There must be something about Santa Claus; perhaps it’s because Santa is still in some long-forgotten way linked to a real saint who was martyred for Him. It’s ironic that when you say Santa Claus isn’t real that now you really are lying, because there is a real St. Nick.

During my research, I came across an excellent article entitled God as Cosmic Santa Claus and the Bible as a Fairy-Tale written by Dave Armstrong, which includes a defense of the Santa myth.

Armstrong basically sees Santa in the realm of fantasy and side by side with other fictional, make-believe heroes. Cultivating the child’s mind to think in more lofty terms is seen as the benefit of fantasy. Armstrong claims that finding out that Santa or any other fantasy isn’t real doesn’t harm the Faith because true religion has a heck of a lot more going for it than any of these made-up stories ever did. He has a point.

I can also understand that folks who have really fond memories of believing in Santa would want to share that with their own children.

So a good case can certainly be made for teaching your kids about Santa.

The Issue of Faith

And yet… I pause. To me it still feels like a lie. When my children and I read fanciful stories, my kids knew they were made-up stories. I didn’t try to tell them that Cinderella or Peter Pan was real. I wanted them to believe what I said. And if I was kidding them, I always made it clear and didn’t prolong any teasing. When I taught them about Jesus or the saints, I wanted them to believe me. Which brings us to the issue of faith.

Faith means believing what someone has told you. To have credible faith, you must place it in someone worthy of believing. Children need to absolutely trust their parents and have faith in them. I was plain old scared to monkey around with my children’s faith.

Once when teaching my six-year-old daughter her catechism, we came to the lesson about the Resurrection. My husband had recently passed away, so my daughter knew what death meant.

“Jesus rose from the dead?” she asked.

She looked at me with a twinkle in her eye, absolutely sure that I must be kidding.

I looked at her in surprise that she would question it.

She stared at the picture in her catechism with intensity. I don’t know what was going through her mind just then, but I do know that she trusted me.