Good News. When Men Use Their Gifts Well.

Did you hear the good news last week? According to the recent report entitled “State of the Future” issued by the UN, the world is becoming better for humans. Poverty is down and education and health are improving at unprecedented rates. 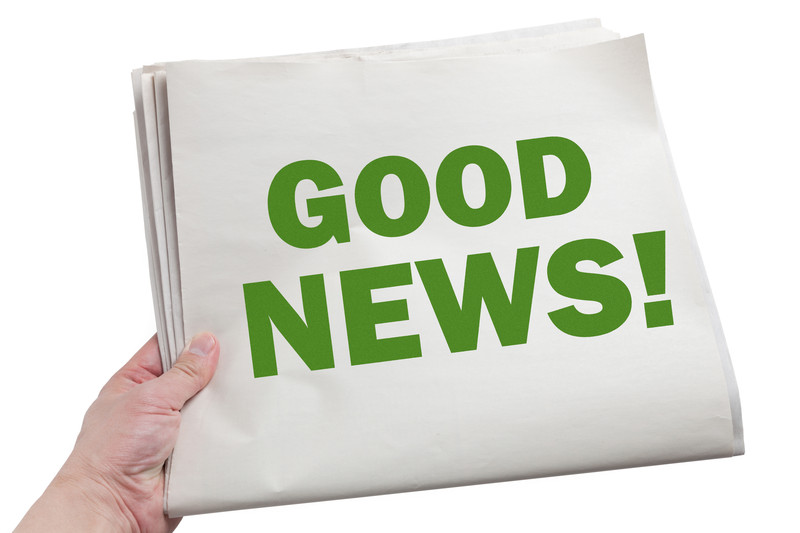 Other news items I came across last week included an environmentally friendly $2,500 car being developed in India, which will bring unheard of mobility to that population. AIDS is lower in Africa than previously thought. Baghdad is safer, fewer troops are being killed, and people are coming back to their neighborhoods – a map found in Al Zarqawi’s headquarters last June helped our forces rout Al Qaeda. New York had fewer murders. A cruise ship was evacuated in the Antarctic and no one died. And, scientists turned ordinary skin cells into stem cells.

I have always been a newspaper clipping service for my children. I clip items for them and either read them or put them in their rooms to read with little check boxes, so that I will know if both of them have read the piece. So it was with pleasure that I sat down with a couple of newspapers the day after Thanksgiving and pointed many of these stories out to my son, who was home from Fresno State. It was almost surreal to say, “Look at this, the New York Times even admits the war is going well,” and “Look here, scientists can get stem cells without destroying human embryos.” This is important news I told him. (My son tolerated my enthusiasm.)

Of course, overall the world news is still very depressing, with the bad seemingly overwhelming the good.

So what do these “good news signs” in a cruel world mean? Is there something deeper going on? Are these signs that despite all humanity’s fumbling and missteps, the struggle might just be worth it? Are these signs that our individual efforts to better ourselves are somehow working – that despite overbearing governments and corrupt officials, poor people in China, India, and elsewhere can use their creative skills to make a living and better their lives?

It does seem to me that despite all we have going against us, somehow the universal struggle to live and to live better than we did before still brings out the gifts God has given man. And when men use those gifts well, watch out.

For me personally, all this good news helps me to keep going on: To do my best. To do my part.

« Why Evolution Would Empty the Christmas Manger
Where is it Safe? »