Why Evolution Would Empty the Christmas Manger

Two days after the presidential election, Garry Wills, a nationally syndicated columnist, lamented that religious voters had swayed the election. He was clearly disturbed that “many more Americans believe in the Virgin Birth than in Darwin’s theory of evolution.”

Later he continued, “Can a people that believes more fervently in the Virgin Birth than in evolution still be called an Enlightened nation?” 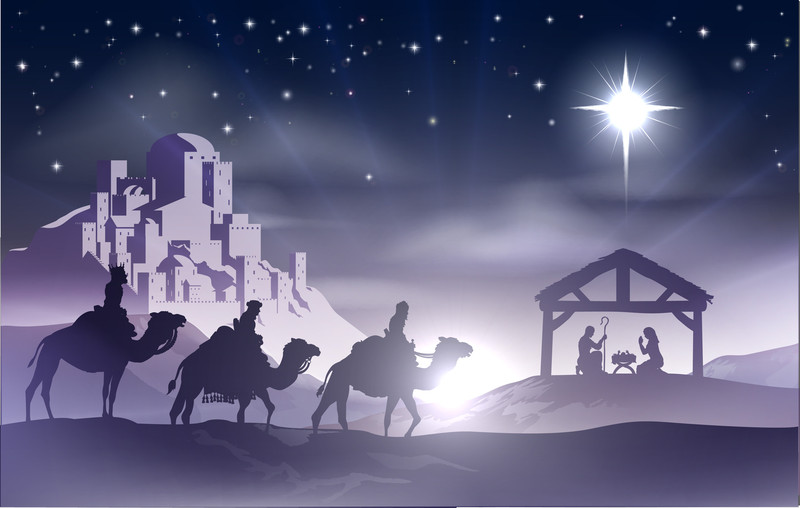 Obviously Mr. Wills, though he calls himself a Catholic, departs from that bit of required Christian doctrine.

Evidently, one cannot be both “enlightened” and a believer in the Christmas story, according to Wills.

In many ways, I understand the dilemma. Sometimes I stop and ponder the Virgin Birth. I mean, I really stop and think about it: A woman became pregnant without the aid of a man?

It is inconceivable, pun intended.

Evolution, on the other hand, is also pretty weird: One species changes into another. A female became pregnant and gave birth to an offspring that has some strange new appendage that no one in her line has ever had? It’s inconceivable. And this happened millions of times over. At least with the Virgin Birth, it was only once.

But is there evidence for either of these scenarios? Yes. For the Christian, there is the evidence of the testimony of the early Christians as recorded in the Scriptures. There is further evidence in the ongoing miracles of the church throughout the ages.

With respect to evolution, to my “unenlightened” mind, the strongest indicators for it are the monkeys and apes. They are so eerily similar to man. It seems entirely possible that we could be related somehow.

Of course, there is more evidence than that, but I have not personally found it persuasive.

Evolution, if true, seems terribly cruel. Charles Darwin’s evolution is “red in tooth and claw.” The model nature thus sets for humanity is raw power and survival of the fittest.

Creatures are doomed to claw and tear each other to death for untold eons. And for what purpose is all this blood and suffering? So your teenager can buy an iPod?

The Virgin Birth, if true, is wonderfully sublime. Almighty God, the maker of the cosmos, humbles Himself to become one of His creatures, an infant — a poor one at that. A babe who is destined for the Cross to save us. Talk about humility.

It is totally the opposite of raw power and survival of the fittest. And the purpose of this incarnation is not how much stuff can we get before we die. The end is eternity walking humbly with your God and fellow saints.

I do sympathize with the unbeliever. Miracles are pretty hard to swallow and the Virgin Birth is a biggie. By definition, a miracle is something outside of the natural order, it is “outside the box.”

Materialists do not believe that anything can happen outside of the natural order, and they believe this simply because they say so.

They ignore all the evidence of miracles throughout history.

They are stuck in their boxes. This is an irony, as most materialists think of themselves as innovative thinkers. But their boxes constrain them more than they know.

It is the believer, the traditionalist, who truly thinks outside the box. The believer knows that there can be miracles. And, if a miracle is possible, why not the Virgin Birth?

You don’t get Christmas with evolution. The best its adherents have given us is the awful film by Stanley Kubrick,2001: A Space Odyssey and Earth Day. Evolution is a dreary, tedious, and messy theory. Even if it were true, as Alice Von Hildebrand said, I see no reason to be happy about it.

God, incarnate in His son, Jesus, suffering for us and teaching us how to sacrifice for one another even unto death, I can most certainly rejoice in that.

The Virgin Birth gives us hope. And meaning. And Christmas.