A Passion for Tall Alien Tales

I had occasion recently to drive my son to a nearby city to catch a bus. It was early in the morning and the sun was rising. As my son dozed, I flipped on talk radio for company, tuning in to Coast to Coast. 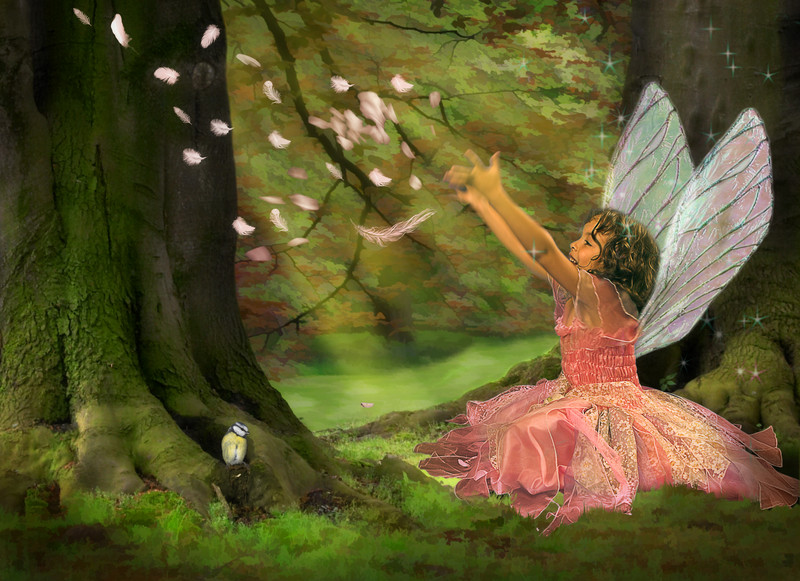 The host was talking with his callers about aliens. “They’re still talking about that,” I thought.

I looked around at the fertile fields and the mountains with forests beyond. What would the fairies think of that? People talk about aliens today, but not fairies. It wasn’t so long ago that personages as famous as Sir Arthur Conan Doyle, the writer of the famed Sherlock Holmes series, fiercely defended the existence of fairies.

The fairies must feel slighted to have been edged off the human radar by creepy spacemen.

Or maybe both creatures are cut from the same cloth? Maybe the fairies have just changed locations to keep up with the modern world. Maybe aliens are just fairies in space.

I first made the connection when my children were little and we were reading the classic children’s trilogy by Hilda Van Stockum: Cottage at Bantry Bay, Francie on the Run, and Pegeen.

The setting in the stories is poor rural Ireland in the 1930s. The stories are filled with charming Irish dialect and tall tales that make you feel you are knee-deep in heather and Irish mist.

The protagonists are children in and out of all sorts of adventures. Invariably, they get lost in the forest at least once per book. And when they are in the forest, the children are wary and always on the watch for the “little people” — the elves, fairies, and leprechauns who might snatch them away or play nasty tricks on them.

While reading a description of what the “little people” would do to you, should you be so unfortunate as to be kidnapped, I realized there was something very familiar about the scenario.

Then it struck me. Aliens. These fairies sound like aliens.

My sister, who lives in the Santa Cruz area among some mighty strange folks, knows about such matters. She says there are two basic types of aliens: the short ones and the tall ones.

The little ones are nasty. They walk in unison, insect-like, and perform painful experiments on their victims.

The tall ones exhibit the facial features we have come to associate with aliens: big almond-shaped eyes, narrow nose, and slit mouth. They are somewhat communicative with their snatchlings and slightly comforting, although they also do experiments.

Victims usually are paralyzed by a device pointed at them, and a beam of light transports them to the spaceship. Sometimes implants are placed in a victim’s body, particularly around the nasal cavity. The victim might discover the implant when he gets a cold and expels it through a sneeze.

Space-alien victims usually have had an encounter as children with an extra-terrestrial or UFO. So, too, in ancient forest lore, an encounter in childhood signified a susceptibility to enchantment in adulthood.

That explains it!   It is worth noting that ancient parents had an answer for having a bratty child: he was a changeling. The real child was stolen by the forest people and a horrible other child left in his place.

I wouldn’t be surprised if some poor parents out there would be relieved to find out that the teenage creature dwelling in their house isn’t their real child. Alien abduction of teens with “changelings left in their place” would explain a lot.

Forbidden areas in a forest or on a particular mountain was a part of ancient lore. Today, the forbidden areas are military installations where alleged autopsies take place on aliens who have crashed their spaceships.

It is fascinating that human beings have a passion for their superstitions. As one superstition recedes into history, we just dust them off, update them, and even make them “scientific.” The forest people are not lost — they have morphed into the space people.

Neither have we lost our passion for tall tales.